In Sunday’s service, Lynn gave us a mix of Biblical and world events and together we tried to put them in chronological order.

Lynn had a washing line and we pegged the events to it from first to last!

Here were the answers in the correct order:

1000 BC HEBREW DEVELOPED AS A LANGUAGE

430 BC MALACHI – LAST OLD TESTAMENT BOOK TO BE WRITTEN 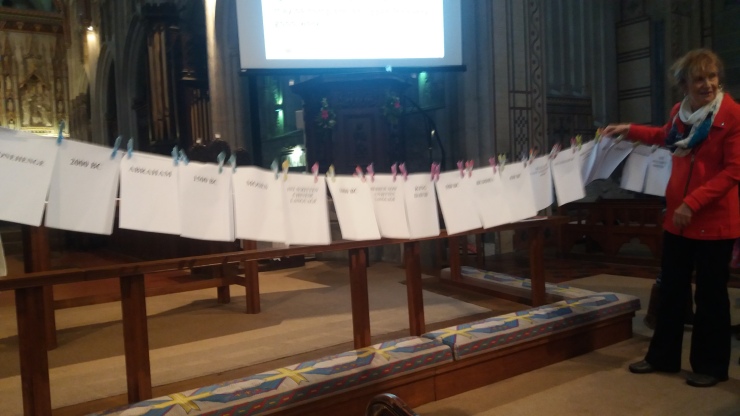