As an act of sheer grace, of keen awareness of Adam’s fear and identification with him in his pain, and as an act of determination to meet and relate to him in his fallen state, the Lord accepted Adam in his shame and related to him as he was. He clothed him (Genesis 3:21). Such an act was not about God or a divine need to be appeased. This was an act of love, of acceptance and real relationship, flowing out of his determination to bring the purpose of adoption to fruition.

In the Garden of Eden it is difficult to find an offended God.  We see the Lord, who, by our way of thinking, should have been highly offended, and who had every right to curse Adam and destroy him utterly – but he didn’t.  We see the Lord putting aside all his rights to abstract justice and punishment, and we see him more concerned about his lost and terrified creatures than he is about his honour.

There are no dazzling lights, no hosts of angels, mo triumphal entry for a King demanding proper recompense or vengeance for Adam’s offence.  The Lord comes in the cool of the day for fellowship with his beloved creature.  He finds his friend hiding, ashamed and terrified.

The problem with the Fall, of evil and sin, is not simply that there has been disobedience to a divine command.  The problem is that Adam is now lost in his own fallen mind that he is utterly incapable of relationship with the Lord.  How could he possibly trust the God of his broken imagination?  Trapped in the tragic nightmare of his self-referential confusion, he has become the judge, and in his judgement, he believes the Lord is the enemy to be feared  and avoided.  He is ashamed of himself and terrified of God.  He hides.

The hiding of Adam- from the presence of the concerned and caring Lord – tells us that the Fall, at the very least, is about a terrible twisting of human perception, about an alien, ungodly confusion that so warped Adam’s fundamental way of thinking that he actually hid from the greatest friend in the universe – and believed he was right.

Jesus said ‘I have come as Light into the world, so that everyone who believes in Me will not remain in darkness.’  (John 12:46)  A confused mind sees only through its confusion.  We are so trapped in the our alien vision that we will not and indeed cannot let go of the way we see things, and therefore can do nothing other than impose our confusion upon the Father’s face creating a god in the image of our brokenness.

The biblical story is not about changing God, as if somehow our failure altered the Father’s heart or his eternal dreams for us.  The story is about how the love of the Father, Son and Spirit finds a way to do the impossible – reach us in our fallen minds. 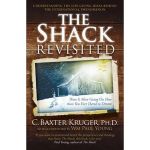